On May 21, 2014, the complete first season of Rocket Power was made available on Amazon (also eligible for Prime shipping) as a 3-DVD set. Every episode from season 1 can be found on those DVDs, except for episodes 21 and 22, which were found on the season 2 DVDs.

Speaking of season 2, the DVDs were made available, also on Amazon, on June 13th.

A complete season 4 DVD set was released on June 23rd to Amazon, containing some of the latter episodes of season 3 as well as the last two of the three TV movies. Many sites show there being just three seasons of Rocket Power, but it was said that these DVD releases are being released in order of episode production, not order of broadcast. The season 3 DVDs were delayed due to production issues, but should be available soon.

Finally, after more than three months of waiting (due to a possible production issue), the final DVD set (the complete third season) was made available for purchase on Amazon on October 1, 2014. 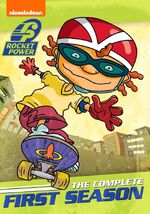 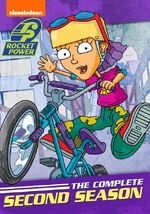 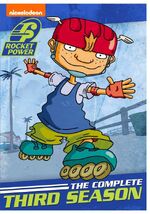 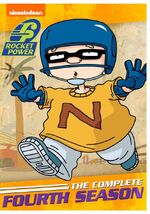 Retrieved from "https://rocketpower.fandom.com/wiki/Official_Rocket_Power_DVDs?oldid=6323"
Community content is available under CC-BY-SA unless otherwise noted.