Regina "Reggie" Rocket is Otto's tomboyish and sassy 12-year-old sister. Reggie is a diminutive of the name Regina, which comes from the Latin and means "queen" or "of queenly attribute." Reggie is an aspiring publisher who, while unless competitive and skillful as a player, is of calmer disposition and greater maturity. Reggie is most notable for her "magazine" (called The 'Zine). In Reggie/Regina, it reveals she has a crush on Trent.

Reggie is the only female in "Team Rocket." She is awesome at sports. Over a year ago, at age 11, she was the co-owner of a magazine that she publishes. It's hard to find a weakness in this athletic girl. She has the same personality as Ashley Spinelli from Disney's Recess. They are both tomboys and they both dislike being called girls and they love to play sports and they hate fashion. Although Reggie does never get in trouble and beats up people that called her a girl.

The role of Reggie Rocket was voiced by Shayna Fox.

In the episode "Here's the Twist", Reggie put her sunglasses on, rather than leaving them on her head. This was one, if not the only case where she really did that.

In an article called "The Next Nicktoons?" in Nickelodeon Magazine Presents All Grown Up!: Angelica Turns Lucky 13, it features artwork of the "adult version" of Nicktoon characters. As an adult, Reggie becomes conglomerate to "The 'Zine." 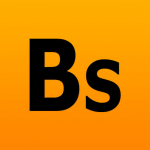 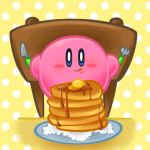